Preaching is a no-no in the writing world.

Blatantly shoving a message down people’s throats is the quickest way to isolate your audience and push readers away. There are always exceptions, but in today’s market people don’t want to waste their time being told what to do. Subtlety and metaphor are a writer’s greatest powers.

When engaging your audience with a story that is built around a character they connect with, leading them to points and conclusions is much better than shouting, “This is the problem! This is what we need to do!”

I recently entered a discussion where an individual claimed that the entire purpose of a writer is to make points. Maybe non-fiction authors, but even in the best non-fiction novels, there is less telling and more illustration through actions and outcomes. Writers have a broad range of purposes, From spreading a message and aiding lessons, to the good old fashioned STORYTELLING, and beyond. Sometimes a book is just a book. A great deal of modern readers are into escapism and read only to get away from the constant pressures and know-it-alls running around telling them how to live.

My main goal when writing and getting published is to simply share the human connection. I believe that we learn best when we reach out to those who have different experiences from ourselves and listen in return. Even when writing children’s books (especially) getting too preachy annoys children.

Dr. Seuss used metaphors, humor, and the fantastical to teach children. George Orwell used animals on a farm to show adults the horrors of communism. These are clearly messages that reach readers. They worked because it’s less in-your-face while still being right there, and gives the reader time to think for themselves. The best writers do not do the thinking for their readers, they offer their audience the opportunity to draw their own conclusions based off of what they experienced in the story.

I guess everyone’s on the preaching train because of Meryl Streep. And you know what? Her speech at the Golden Globes is a great example of when to preach. Not all of us want to watch a room of self-congratulatory rich people pat each other on the back for making buckets of money for being pretty and following directions, but some actors and actresses are truly artists. The artists are the ones who stick around for decades. 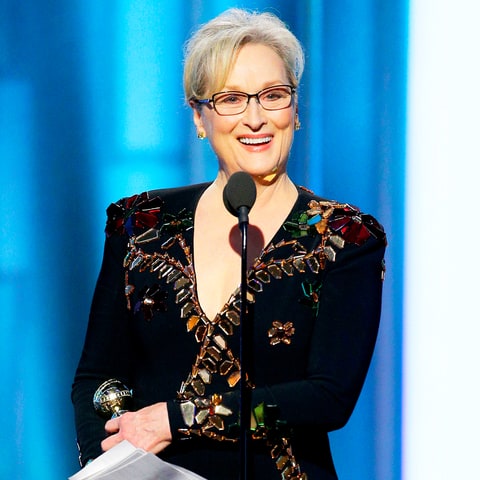 Regardless of whether or not you agreed with Meryl Streep, she’s already made a name for herself. She has won numerous awards. I was put off by the start of the acceptance speech that everyone is talking about. I did the “Can we get on with it” sigh and rolled my eyes. But as she continued to convey her emotions, my respect for her multiplied.

It doesn’t matter if you like or dislike what she had to say, she went onstage with the poise and dignity that we need to see in this country. Best of all, she decided to address and try to connect with us. If the message was lost on you, that sucks. Change the channel and move on. That’s the beauty of TV. Hell, everything is a choice in the digital age.

The best time to choose to preach is once you have achieved enough that people really stop and listen. Preach AFTER you won the damn award, AFTER you start to get people on board. Don’t hide from the issues beforehand, but handle them with the grace you would prefer a stranger handle you. I don’t want someone telling me how to live, most people don’t. But offering subtle, beautiful story-lines with metaphors and similes that speak to your audience, that is what will get you to the “award show”, that is what will gain you the approval from others to run your mouth however you damn well please.

It’s a free country. Anyone can say what they want. But in return, people have the freedom to have opinions about what you say. You want support and agreement, earn it first. Respect comes from experience and class, something Meryl Streep has by the boatload.

2 thoughts on “When to Preach”