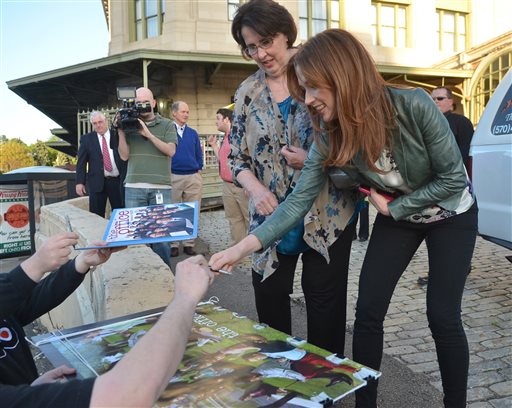 The Ellie Kemper hate this week is just another example of misinformation being circulated. People citing obviously biased articles from leftist publications like The Atlantic and The St. Louis Post Dispatch most likely have no idea who the real Veiled prophet was.

So in case you’re jumping on the angry mob train, let’s put on the brakes for a minute and find some facts to fuel more critical thinking:

“The Mystical Order of the Veiled Profit was based on the epic hero, the Veiled Prophet of Khorassan. This historical warrior was a religious leader from the Middle East who became the subject of a Thomas Moore poem, “Lalla Rookh,” in 1817. Some records state that he wore a veil after being hideously injured in battle, others say he covered himself to conceal his “luminous” presence. His followers believed that he could perform magic and that he was a manifestation of god.”

Okay good. Now, as painful as it may be, imagine the context of history. Before desegregation even organizations like the red cross kept black people and white people apart:

“Being based on a legendary hero from another culture, the organization was not created in the name of racism or division. It was merely founded before desegregation, and so, catered to the white people who created it. After the civil rights movement, black members were eventually allowed to join, as was common with many other segregated societies like the Freemasons. By the time Ellie Kemper attended the annual Veiled Prophet ball and was crowned queen, black members had been admitted for 2 decades.”

For the people calling Princeton a “racist” institution:

“2016 was their most diverse year ever, with 43 percent of the class comprised of students of color. In addition, they have pledged to “be a truly diverse community in which individuals of every gender, race, ethnicity, religion, sexual orientation and socioeconomic status can flourish equally. We have made significant progress in recent years, especially in the diversity of our undergraduate student body.”

The term “racist” has been thrown around so much I don’t trust its use anymore. It’s sad how easily our language gets bastardized and leads to mistrust and miscommunications, but when it’s the center of a media “firestorm” you can see the political attack (better known as a witch hunt) around the edges.

I’m not a fan of witch hunts, personally, being a Pagan and all.

Read on for my full story: