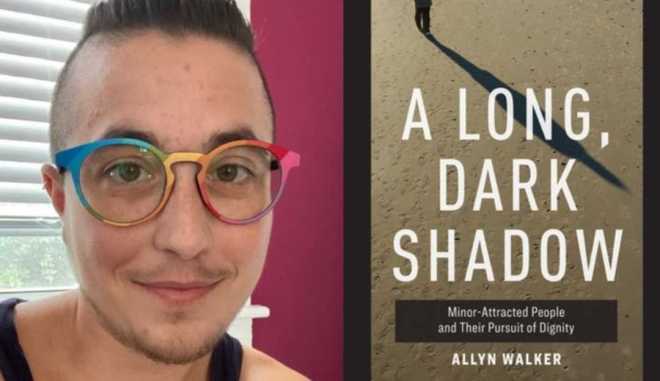 So here’s the thing about free speech, you can say whatever you want, but so can I. Pedophiles no longer want the stigma of being called a pedo attached to them. They’d rather identity as MAPS (Minor Attracted Persons) because it’s less offensive.

My husband said it best: I’m offended by the word pedophile too. I prefer to call them what they are: child fuckers.

Language has standards for a reason. Clear concise words with solid definitions are best for harsh situations and issues. Anyone who finds themselves attracted to children should know they are perverse and should be kept away from minors. Plain and simple. Protecting the innocent should always be our primary focus.

As a free-speech advocate, I’ve found these issues very interesting though because the professor I address in my latest article (Allyn Walker) was put on administrative leave for writing a book about the potential to prevent child sex abuse by removing the stigma surrounding pedophilia. While I 100% disagree with Walker, I don’t think this trans person should be punished for expressing an idea.

Words are words. That is all they are until someone acts on them.

Actions are the reality that drive cause and effect. Yes they are sparked by thoughts, but as someone with millions of ideas, I can say that there are plenty of thoughts that will never become reality, and that’s a good thing.

No one should be punished for their words. Words are NOT literal weapons. Sticks and stones can break bones but words only hurt a person who is looking to be hurt. I’ve had a lot of discussions about free speech, human rights, and saving our children from pedos over the past week. The philosophies surrounding speech and verbal communications are broad.

Yesterday, someone I believed to be anti-tyranny suggested that pre-crime should warrant criminal changes. That pre-pedophiles exist, and that thought crimes are unacceptable.

That is a Philip K. Dick nightmare. The concept of legally prosecuting pre-crime or thought-crimes gives weight to the most authoritarian nightmares we could imagine. The fact that humans have the ability to think of something, then refuse to act on it gives us a unique power. We have a higher sense of self that any other creature on the planet, and restraint, social pressure, law & order, and the ability to look out for one another are all products of that.

It may seem contradictory for a free-speech nut to criticize one’s use of language, but that is the beauty of the 1st amendment. Others have the right to express themselves, but I do not have to agree with them, and I have the right to openly express my opposition.

Instead of attacking Allyn Walker, I wrote a piece displaying the flaws in their approach to preventing child sexual abuse. My article was not intended to spark the firing or punishment of this person. It was merely written in the hopes that I could bring logic and reality back to an ideological conversation before well-intentioned practices are adopted and allow children to be harmed.