Someday I feel like a fucking semicolon. People don’t understand them anymore; not sure they ever really did. Some days I don’t know where I fit or what the hell I’m even doing trying to anymore.

I write in multiple genres, don’t always draw the same conclusions as others, and people don’t always “get” me.

I know the woes of the semicolon. haha

In recent years modern writing has become trimmed down to short, concise sentences. Something simple. Trim everything down and leave most punctuation out.

I love a wide range of styles and wording. I love all types of writing. I don’t care if a sentence is a page long if it conveys meaning and makes me love what I’m reading. Like this one:

In after-years [Piglet] liked to think that he had been in Very Great Danger during the Terrible Flood, but the only danger he had really been in was in the last half-hour of his imprisonment, when Owl, who had just flown up, sat on a branch of his tree to comfort him, and told him a very long story about an aunt who had once laid a seagull’s egg by mistake, and the story went on and on, rather like this sentence, until Piglet who was listening out of his window without much hope, went to sleep quietly and naturally, slipping slowly out of the window towards the water until he was only hanging on by his toes, at which moment luckily, a sudden loud squawk from Owl, which was really part of the story, being what his aunt said, woke Piglet up and just gave him time to jerk himself back into safety and say, “How interesting, and did she?” when—well, you can imagine his joy when at last he saw the good ship, The Brain of Pooh(Captain, C. Robin; 1st Mate, P. Bear) coming over the sea to rescue him.

But in this get everything done now, fast-paced, cram a ton of things into one day society, it’s no wonder readers want something simple. Something easy.

And as much as I want to harp on how we’re dumbing things down because we’ve become a shallow society of selfish individuals who don’t have the time for deep thought anymore, I often remind the cynical side of the logical part of my brain that even Kurt Vonnegut hated semicolons and tried to simplify his structure.

He likened semicolons to hermaphrodites and transvestites as a way to explain how useless they are. Maybe he’d never been to a great gay bar. I would love to take him to a DRAG show if he were still alive. Transvestites and hermaphrodites are a writers best friend. They, like most artists are different, eclectic; they have special differences that make them stand out. (Yes I’ve learned to love metaphors too, comes with the territory of being a writer, and metaphors are another element of the art of writing being cut from manuscripts everyday).

I get bored with simplicity. I grow tired of reading bland sentences. I need spice in my writing. 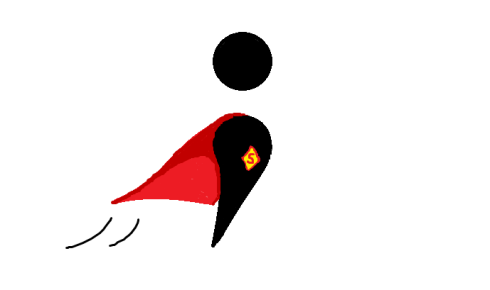 There is a time for short simple sentences that only utilize one punctuation mark-the boring ass period, and there is a time to throw some confetti in a paragraph. Yes confetti! Vonnegut wrote some amazing stories, but he missed the point. Punctuation helps us to read things as we would say them. I speak in semicolons quite often; a lot of people do (they just don’t know it).

I’m also a fan of the oxford comma, because the classical training I had as a singer taught me that commas are needed to mark when to take a breath, just as semicolons offer the kind of pause you take when not quite pausing for a breath, but pausing to gear up for something more; something greater!

So I feel for the semicolon. It is my favorite punctuation mark, and I fear it is endangered. I fear that the wide range of words and symbols we have come to take for granted and disregard due to lack of time and understanding will someday cause this great punctuation mark to become extinct like many words that we have forgotten or left to die alone.

I love words: spoken, sung, written, and signed too. The longer my writing career spans, the more attached I grow to the range of symbols that help us to speak our words into someone else’s head without having to utter one syllable.

It pains me when people misuse the semicolon; gives the poor dear a bad rep. Don’t punish the punctuation because the user is incorrect. Don’t write off words, or symbols because we have lost our ability to slow down and really think. (Myself included at times) Language is how we connect with others; it is what universally links people who haven’t had the chance to get to know each other yet. It’s how we can share experience and find deeper understandings, when we are willing.

I have felt written off and forgotten at times (most of us have at some point), just like the semicolon, but there are still a great many writers who love classic writing styles as much as modern. I enjoy both. I would love to find the perfect balance of simplicity and diverse writing to keep readers happy without losing the evolution of writing as an art form.

4 thoughts on “The Unfortunate Woes of the Semicolon”