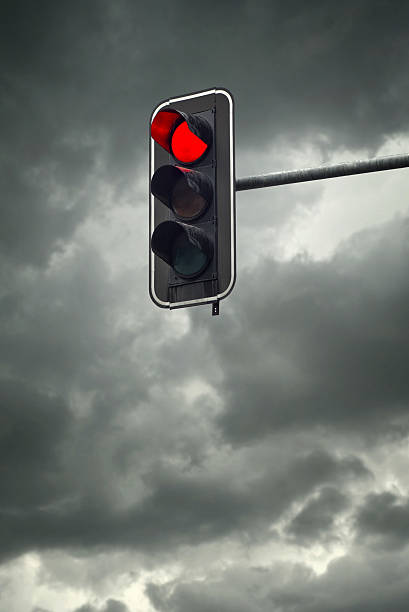 2 years ago I was sitting at a stoplight when a garbage truck driver slammed into my Yaris. It was def one hell of an experience. Here’s what happened…

The light was red. I pulled up behind a medium sized pick-up truck. Glad to return to work after the long Labor Day weekend, I breathed deep. I had only been back after giving birth to my son two months before, and I missed him.

At least we live close enough I can feed him on my lunchbreaks, I thought, ready for the afternoon stretch. I glanced in the review mirror. I barely noticed the garbage truck driving behind me. Expecting it to stop like the string of vehicles in front of me, I had just enough time to realize it wasn’t slowing down.

I clutched the wheel. It slammed into me and forced my car into the pick-up truck. My body jerked under the impact. My head knocked against the steering wheel. A fog struck me. I rubbed my forehead, undid my seatbelt, pushed open the car door, and stumbled out.

“Why are you holding your phone?” The man in front of me pointed at the garbage truck driver.

The accused tensed. “I didn’t do anything.”

“You were texting and driving!” The pick-up driver rubbed his neck.

“I didn’t do anything. The load…it, it got away from me.” The driver stepped back.

I blinked at the bright sunlight. “Maybe we should get the cars off the road.”

“Hey, are you okay?” The pick-up driver glanced at me. “You got hit pretty bad.” He walked closer to my car and I followed him to find the entire front end crushed. My car dripped fluid like it was bleeding.

“I think so.” I shook my head and got back into the car. The only thing I could think was, I have to get back to work. I had already lost six weeks of pay since the small company I wrote for didn’t offer maternity compensation. They couldn’t even afford to give us health insurance. My job might as well have defined the phrase: Writers work for peanuts.

What was worse, my car insurance had just lapsed. Somewhere between going back to work, caring for my two older daughters, the baby, and trying to keep up with housework, we got a little behind on bills and I was just two days away from the paycheck that would have paid for a new policy.

I had never driven without insurance before. My driving record had been squeaky clean for nearly a decade. I had no idea what would happened next.

I gripped the wheel and drove to the nearest side road parking lot, trailing the pick-up truck with the garbage man behind me. The shadow of that giant vehicle loomed over me. I drove as slow as I could go.

My eyes were fuzzy and I couldn’t get them to focus. It took a minute to realize that I wasn’t wearing my glasses. They must have fallen off when I got hit, I thought.

I squinted ahead and parked, then felt around the floor. My fingertips reached my frames and I slid them back on. The clarity of my eyes didn’t fix the cloud around my head. Losing pay and not having car insurance made my thoughts spin. I swallowed hard and got out to take pictures to text to my husband.

The pick-up driver called the police, and we waited. Terror climbed up my legs and struck my chest. Will I get arrested for driving without insurance? I had no idea what to expect.

Then my husband called. “Are you okay? What happened?”

All he cared about was my safety. He rushed to the scene with our son and was by my side faster than I expected. He didn’t worry about insurance or the damage; he just couldn’t understand how I wasn’t injured. The car looked like a pancake. I didn’t even realize that my right arm had gone numb until he came to look me over.

When the police officer arrived I told him the situation and he nodded. “It’s unfortunate, but I will have to write you a ticket.”

“I understand.” I glanced at my car as the severity of what could have happened sunk in.

He asked if I needed an ambulance. “You look like you may have a concussion.”

I didn’t want to cause a scene and declined. “You need to see a doctor.” My husband rubbed my shoulder.

Shooting pain seared from my neck through my fingertips, but I kept thinking I needed to get back to work so I argued. We went back-and-forth until my husband agreed to skip the ambulance and drive me himself. “It’ll save us money and give me peace-of-mind,” he said.

The officer finished taking everyone’s statements. He scolded the garbage truck drive and fined him. Then he saw us off to the E.R. where we waited for hours. When I was finally seen I was diagnosed with a slight head injury, a bad sprain, and potential nerve damage. It could have been worse but I was a bit shaken. “I’m a writer. I need both hands,” I said.

“You can take some time off.” My husband kissed my head.

Going home magnified all the issues that followed. Simple tasks became a battle. I mourned my inability to hold my son without pain, to do menial tasks that we often take for granted. A couple of times I tried to write, but my head and my hands just couldn’t do it. Everything felt like it was slipping away from me even though I had my children, my husband, and the support of my friends and family.

I needed time to heal. That was the hardest aspect of the entire situation: accepting the need to just take time off and rest.

I’m not good at sitting still. Not at all.

The first week was the toughest. The second offered some relief. After a month, I started to feel like myself again. Some pains remained, but by Halloween I was writing through every ache and submitting new material like crazy. I met all of my deadlines and got back into my usual routine.

Thanksgiving remind me of all the joys in my life: hugs, kisses, laughter; family. The power of healing is a slow process, but time truly gave me back all the things I had missed and some new insights. I had survived being hit by a garbage truck, how many people can say that?