Writers are often portrayed as cranky old men. I never fit the bill. I never will. For years I wrote but I never considered publishing. I didn’t know how to be a writer or become an author, I just likes telling stories.

As a child I had trouble differentiating fantasy from reality and got into a lot of trouble for making things up. Storytelling has always been a part of me. When I fell into my first real writing gig I had no idea what I was doing. My skills needed work and high schoolers and young college kids in the field were way beyond where I needed to be.

Sometimes I think I was born a little old lady. I love simple things. Adventuring through life is great, but so is baking cookies when you need a break. Because I didn’t even think to start a writing career until my late 20s I thought I was behind, BUT having been in the business (slightly – I’m not a NY Times bestseller or anything) I’ve found that writers start publishing at all different ages.

It is good to start early, but you always need to make sure you’re properly educated in the art of literature and recording thoughts. School can help but so can workshops, critique groups, or just conversing with other authors.

I feel that I didn’t start to truly grow as an author until I became an editor. Once I was editing other people’s work I found it easier to tear my own writing apart and make sure it stood out. That’s a never ending process BTW. 50 year old writers who have been at it for decades still feel inadequate, like Neil Gaiman and Steven King.

Being hard on yourself is good. Just not too hard. Take it as it comes. If you’re 50 and working on your first story, remember: It’s better to start now than wait until you meet your grave.

On the flip side there is a strange bias against “too young” authors. Some people think that younger writers can’t possible have anything important to say. Clearly these people have never heard the wisdom of children. 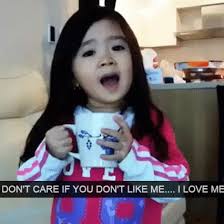 I love kids. Always have always will. For a time I thought I was too banged up from my own unstable upbringing to ever want kids. I had no desire to screw someone else up.

Thankfully, things slowed down and I found myself ready and wanting the responsibility because my kids breed inspiration. They increase creativity.

Not only that, but they have their own paths to follow and I have always done my best to allow them to be their own little people. I would rather let them figure out what they love best and support that than try to push something on them.

My eldest came out of the womb dancing. I had no idea if she really knew what she wanted but by age 3 I asked her: Why do you love ballet so much.

She smirked with an ageless twinkle in her eyes and responded: Because I was born to dance.

Can’t argue with that!

But no one is any one thing. Her love of movement and music is only a part of who she is. She also loves reading and telling stories. For the past year she has been writing her own tales. A few months ago I let her know that some places publish work by children for children and she went nuts.

Ambitions flourished and I became her assistant and editor. She typed everything up herself and I just offered spelling corrections and a few grammar suggestions. It was like an English lesson, but with a goal.

My fears for her grew when I told her about rejections and that writing is about more than publishing. She said she would be okay having to accept rejection, but I doubted the that her 7 year old brain could understand the full gravity of that kind of disappointment.

We put off submitting her first polished story for a couple of months, but she refused to let me shelter her. She remained persistent and so I sat beside her when she emailed the first publications she would ever submit to.

It is now December 14th. This day has never held anything special, until now. Today I got a call while I was at work. She had checked her email (with supervision) and had received her 1st acceptance!!!

It is a small publication for children, but there is much to learn from her (and my) experiences.

If you are a writer, it doesn’t matter how old or young you are, what matters most is that you stay positive and keep working. There is no greater feeling than helping someone else’s dream come true. I would give up my chances of ever being published again to help my daughters live their dreams. Thankfully I live in a 1st world country where I don’t have to make that kind of choice.

There are people out there with less freedom, less resources, and far less connections to make than most of us here in the states and for some reason I feel that more than ever today. I feel grateful and proud (and sappy apparently) and hopeful for everyone of you.

If you’re a reader, I hope that your love of the written word continues and that you enjoy a multitude of stories including the story behind the story.