I learned a long time ago that there is only so much you can control. As much as I want people to be respectful and cool to each other, no matter what I say or do, I cannot control others. I only have control over my actions and reactions (words included) and that’s difficult sometimes.

When I come across political rants and frustrated social media posts, it does nothing to change my mind or sway me in a different direction. If anything it makes me distance myself from the authors who are unable to control themselves enough to avoid isolating themselves from readers who may have differing opinions.

Respecting other people’s right to freedom of choice, and Freedom of Speech is pertinent to writing and publishing. Writers rely on Freedom of Speech to take their content further. Artists of all kind do it; musicians, painters, actors, public figures. It is the one right that protects our need to express ourselves. Sometimes that expression is offensive and vulgar, sometimes it is beautiful and uplifting, but censoring either end of the spectrum closes off a psychological need.

I don’t have to like posts or articles that read more like angry shouting, but I do have to accept that they exist for a reason. Freedom of speech goes hand in hand with freedom of choice. Without the ability to communicate our thoughts freely, our freedom of choice, freedom of thought, diminishes because intelligent discourse is eliminated.

Sometimes I fear this is already in effect. I have never been a supporter of people who work to harm others. I’m a Pagan, the sole rule of my faith is: Harm none. It leaves a lot of room for interpretation. To me, it’s all about intent.

If someone tells a stupid joke, it is likely to make some people laugh, offend some people, and get no reaction from others. We all come from different backgrounds and have a different frame of reference.

Recently a well know Youtuber was convicted of a hate crime in the UK. (You knew I had to touch on this). This jerk taught his dog to do a nazi salute as a joke to annoy his girlfriend. He did not attack Jewish people or spread anti-Semitic sentiments, he merely took a video of a sick joke and posted it online.

My husband is Jewish, I have been surrounded by a circle of Jewish friends for most of my life, and not one of them believes that this idiot should go to jail for his stupidity. Most people who know comedy, good comedy, know that it is often offensive, raunchy, or just plain stupid.

When a court finds it more important to convict a man for a joke rather than prosecute actual bad guys, they set a precedent. They are stating that intent doesn’t matter. That’s a frightening prospect. Where will it end? How far will it go?

Rights are not easily taken away by force, but slow, simple processes that grab inch by inch until you are underwater with your hands and feet tied behind your back. (Try swimming when hog tied.)

There have been reported cases of rapists set free and murderers who get bargains, while some idiot youtuber is being made an example of in the name of tolerance. Diversity, love, peace, and tolerance are not upheld by abuse of power.

When we teach that words are weapons, it’s meant as a figure of speech, not literal. I would rather someone call me a name than stab me. As a survivor of abuse and sexual assault, I am pissed when I see memes or posts expressing that emotional abuse is worse than physical abuse. Physical abuse causes emotional trauma. That is a fact.

But I only have so much control over everything. That is my opinion based on my experiences and I have to live with that.

Our decisions affect the balance. I may not agree with the ruling in this odd case, but I also never watched the video that got Count Dankula in trouble with the law because I have better things to do with my time than watch some moron tell nazi jokes. If we stop giving stupidity a platform, it will become obsolete. 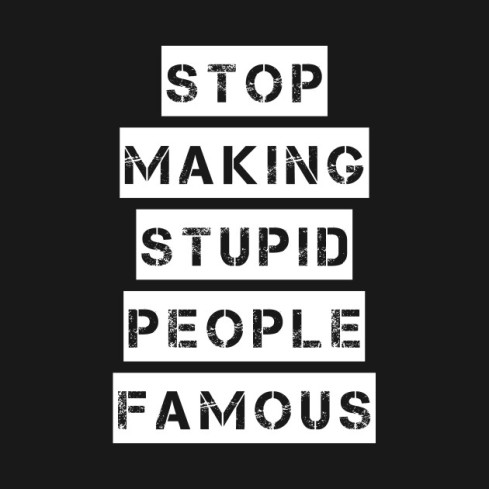 I cannot control what other people do, but I can choose to ignore what doesn’t matter and express my frustration when it does. That’s what Freedom of Speech is all about. When ranting online or posting your political opinion, you are exercising the same right that the people who anger you are. It’s a strange paradox.

Many of us in the U.S. have been raised with a strong sense of justice. Most people I meet in public are cool and harmless. I think we forget that when the tech wall is up. We sometimes lose sight of it when we’re going through a lot. And most of us are always going through something.

This is why there is no “right to not be offended.” If someone says something you don’t like, you have options. You can challenge the meaning with intelligent discourse. You can ignore it and allow those words to dissipate. Or you can go nuts, draw attention to it, and make the originator famous.

Words may have power, they can hurt the people who choose to take them to heart, but it is really the attention given to those words that give them meaning. I spout so much random crap my brain is always everywhere. It bounces around like some kind of rapid thought monster. Thankfully instead of sedating me with pills or punishing me for being who I am, my mom recognized my level of energy and chose to give me extra activities to broaden my mind.

That was her choice, and it led me here. I am a writer who chooses to pick my battles. I choose to speak out when it matters, but know when to quietly fight back through publishing and the human connection. Using your individuality to research and figure out what works best for you is most important. After that it’s impertinent to remember that you are not the end all be all and the only way to get along with others is to listen to them and try to understand why they are the way they are. That is where harmony comes from: understanding.

The hypocrisy in this post s probably my favorite aspect of this week. How many times did I contradict myself? Can you keep up?

Life is one big contradiction. Finding the balance between ideology and reality is the true struggle.