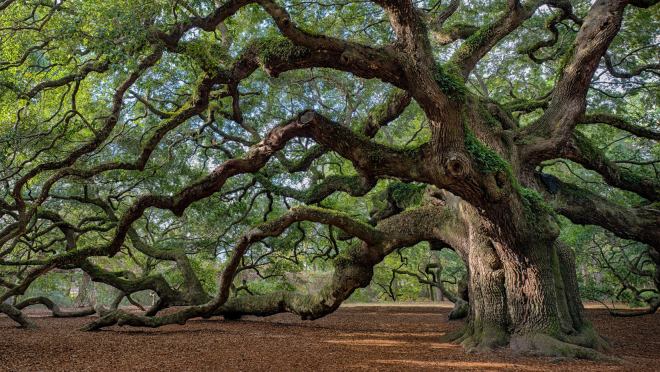 Bronherrn grew accustomed to the dark passages of the mines. The safety of the encompassing cavern and the men who filled it helped him to work through his hostile memories of torture.

His days were packed with labor. Once finished with his work, he trained with anyone willing, but found the freedom of enjoying more time to himself. If only Janif would accompany me around, he thought.

He craved companionship, having spent so much time alone in the dark of the Zuthan dungeons. Despite her efforts to keep away from him, Bronherrn sought out Janif after a long day of mining.

Her gaze swept over him and her face flushed. She carried a basket of un-carded sheep’s wool.

His skin itched with a layer of dust and debris. He scratched at the sweat that rolled down his aching biceps.

Vermeesh gave him a hearty slap on the back. “You going to ogle her all day, or go over and talk to her?”

Bronherrn ground his teeth together, hard enough that his jaw popped. Without a word to his friend he held his breath and marched over to Janif.

Instead of quickening her pace as usual, she slowed her steps.

“Let me help you with that.” He took her basket before she could respond. He breathed deep as if preparing for battle and asked, “Have you been avoiding me?”

Her movements grew slower, stiffer.  Each moment of silence dug into him as he waited for her answer. He did not know why he cared. “Janif.” He placed his hand on hers and she stopped. She bit her lip.

“You must understand that I mean you and your people no harm.”

“They aren’t my people. I have no people.” Her eyes watered.

Refusing to allow her to grab her basket and leave, he gripped it tight and refused to let go as she yanked on the fibers. “Please. You refuse to offer me insight into your life, and then you say things like that. It’s driving me mad.” Something in vocalizing his frustrations made him laugh.

Softness radiated from her eyes. “I prefer your voice to the details of my past.”

He stepped more lightly and nodded. “I understand that. It is not easy to speak of what has already been.”

They neared the woods and a fallen tree blocked the way. Bronherrn offered her his hand. She grasped it and climbed over with graceful movements. He found it difficult to release the warmth of her palm. “I would like to know why you shun me.”

She sighed and loosened her fingers away from his. “I know you mean well, but you shall leave someday.”

He had not taken this into account. He had enjoyed his respite from his foggy future for a season and thought nothing of it. The prospect of staying dangled in front of him as he looked Janif over, her hair lay in wild wisps falling out of their coiled braids.

“You do not belong here.” She walked on leading him deeper into the dense tree cover.

Her words echoed in his head. He could not avoid the image of his homeland dancing through his memory. He knew she had spoken the truth. Before he could respond, a cry went up behind them. The familiar tones caused him to whirl about and glare upon the Zuthan warriors spilling out over Ferillian soil. Before he could tear off to meet them, Janif’s gentle touch stopped him.

He looked over his shoulder and questioned her gaze. The depths of her dark stare held him as if time had no meaning. They sparkled with tears and he realized she had much to tell him. But it would have to wait.

“They will not harm this town,” he said.

“Go into the forest and hide. I do not want you to witness any of this.”

The sound of her quick feet shuffled away. He raced toward the Zuthan attackers with a new force. This may not have been his homeland, but he had come to love the people, the town and its surrounding forests. It had become his territory and he felt ready to die defending it.

He rushed ahead, but no cries of mercy rang out. He met his friends engaging the warriors with great skill.

Astonished at the footing they held, he barely gave notice to the Zuthan man who came after him. Bronherrn dodged and slid past the fierce warrior. He drew the Zuthan’s dagger from his own harness, and sliced the poor fool’s throat before he could gain one blow.

He gripped the blade for a moment, memorizing the new sensations in his hands. His fingers ached but his hands burned for his sword.

Stalking through the chaos, Bronherrn used the dagger to ward off every opponent. He stabbed and slashesd, renewed with the victory he took without thinking. Hespied Vermeesh laughing as he cut down two of the biggest Zuthans he had ever seen, and moved along to assess the damage. The battle died down. It quickly transformed into a victory dance.

Bronherrn grinned at his men. “You are true warriors,” he called out.

Vermeesh mocked him with a bow and they surveyed the damage.

Walking between the huts, Bronherrn stopped. He found Wilhelm bowing before a body. He laid his hand on Wilhelm’s shoulder

“Why have you come here?” Wilhelm jumped and turned back to the Zuthan.

The dying man groaned and spit a large clot of blood from his mouth. Bronherrn despised the haughty expression on the Zuthan’s face. He kicked the man and towered over him. A flash of recognition struck the Zuthan and he pointed to Bronherrn. He coughed up more blood. The fit ended with a gurgle and silence.

A wave of guilt struck Bronherrn, but beneath his concerns, a strange curiosity was born. He thought of Prillani. The idea of learning her doings gnawed at him. Her strong features and short hair taunted his thoughts. The force of her lips on his.

He shook his head and rubbed his eyes. She is a temptress and nothing more.

“You knew him?” Wilhelm stood.

Bronherrn pulled away. “They came for me.” He stared around. A few carts were thrown over with contents of fruit and wool strewn about. Some woodcarvings had been knocked over, but it was the blood stains on his friends’ clothes that struck him. Not the bodies. Not the destruction. “I cannot remain here any longer.” He knew that Prillani would send more warriors.

Janif. He darted around Wilhelm, passed the others. He quickened his pace into the forest cupping his hands around his mouth and called for Janif. He shouted her name again and again. If anything has happened to her… his thoughts turned to panic. He frantically pushed through brush, crunching leaves underfoot.

“Janif!” Tired of his past, he began to loath his destiny. Must I always battle?

He turned at the steady padding of her feet and grasped her body against his.

Without warning, she pressed her lips to his. He raised his eyebrows, but did not pull back. When she leaned away from him, he caught her chin quivering.

He stroked her hair and kissed her again. She had a way of grounding him, of making him feel more human than ever. If only I could remain here. His thoughts were interrupted by Xanthu’s yowling.

Janif jumped at the sight of the big cat.

“Hello sweet girl.” Bronherrn crouched down and held his arms out. She jumped on top of him sprawling his body on the ground. Her whiskers tickled his face and he grinned. “We could have used you earlier.”

Bronherrn rolled around with Xanthu patting her great golden pelt. “I missed you you big baby.”

“You have to leave, don’t you?” Janif stepped back.

Bronherrn glanced at Xanthu and sighed. “It is time I move on.” He pushed Xanthu off of him and went to janif. She stared over his shoulder keeping her eyes fixed on the cougar. “She is a friend.” He rubbed his fingertips on Janif’s arms. “She has come to take me home.”

“Before they come back?”

“Yes.” He wrapped his arms around her.

“They took my family, and now they are taking you.”

He rubbed her back. Now he understood. This was not her home; she had come here like most─when she had no other choice.

“They killed my parents.” She looked up at him and searched his face.

He did not know how to respond, but he refused to look away. “And you made your way here?”

“A miner found me. Took me in. He raised me as best he could before he died.”

Bronherrn breathed in her woodsy air. He brushed his lips on hers and embraced her.

“You have someone already, do you not?” she whispered.

He loosened his grip and turned away. A bird leapt from the branch above his head and took flight. “It is difficult to explain.”

“Keep yourself well my friend.” She directed her steps back to town and left him without looking back.