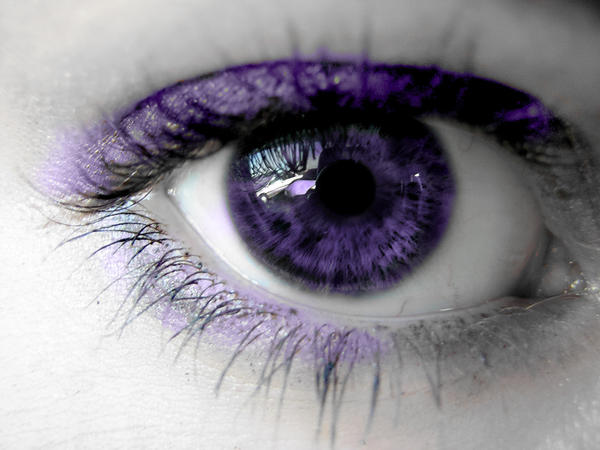 The journey to The Otherworld had never been so strenuous. Bronherrn grew anxious in his eagerness to reach Aethelwyn. He strained each muscle. Rocks rolled underfoot. Sweat slid down his arms.

When he met the long staircase atop the deep chasm that led to the holy land, he stopped and looked back the way he had traveled. I am merely here to visit an old friend.  He slowly placed his foot on the top step and began his descent.

He took his time and opened the gate at the foot of this stairway. A circle of holy beings encompassed him. He relaxed and found himself revived by their energies. The welcoming strains of their voices chanted a tune so simple; he joined in raising his voice with a hearty bellow.

The murmurs died down and they broke into dance as a woodwind began to trill. The group parted and Aethelwyn stepped before him. She rolled her hips and gracefully raised her arms to meet him in dance. The curve of her lips sat under knowing eyes. The deep velvet of her gaze called to him and he went to her. He turned his palms against hers and twirled with her people. The magic of the dance held a more spiritual nature than the one from the previous night.

Aethelwyn’s cloak brushed against his skin and he forgot everything. He wished to dance with her forever, but Hefeydd called from behind him.

“Hefeydd!” Bronherrn embraced his friend nearly spilling the contents of the mug in the priest’s hand. He offered the drink to Bronherrn and they shared the golden mead of the season. There was no urgency to be alone with Aethelwyn or awkward sense of time. Bronherrn felt at home.

“Much has changed since your time here.” Hefeydd drank slowly watching Bronherrn with kindness. They found a couple of logs to sit on before the great bonfire in the furthest corner tucked away from the huts.

“Here? Nothing seems to change here.” Bronherrn laughed. His head was dazed from drinking.

Hefeydd nodded with a light grin. “When the world beyond begins to move, we feel it too.”

“Not so much as we do out there.” Bronherrn pointed to nowhere in particular causing his friend to laugh.

“But your marriage is shifting things. Balance seems to be returning.”

Hefeydd’s eyes lit up. The indigo of his gaze brightened with flecks of gold. “You know more than you let on. It is inside you.”

Unsure of Hefeydd’s meaning, Bronherrn chuckled and he took another swig of ale. His inebriation distracted him from heavy thoughts of fate and the future.

“Bronherrn, I want you to come with me,” Aethelwyn interrupted them and exchanged a curious glance with Hefeydd.

Bronherrn could not refuse her. He watched Hefeydd with careful eyes. His friend bowed and turned to converse with another priest as if it were no matter.

Bronherrn found himself admiring the ease with which the holy ones handled relationships. He wished to thank Hefeydd, but Aethelwyn cast such a coy glance on him that he felt it his duty to follow her. She led him past other dwellings, allowing the length of her cloak to drag along the path while her naked feet swept past the coverings with each delicate step. When they reached her animal skin hut, Xanthu leapt forward to nuzzle against Bronherrn, but Aethelwyn pushed her out for the night.

A strong sense of longing gripped him. Being back in this dwelling was like coming to a foreign home. It was not the place of his birth, but it was the place of his rebirth. He had slept here, beside Aethelwyn. Her hands had healed him. The idea of marrying someone else left a bitter taste in his mouth.

She removed her cloak and he gawked at her as if it were the first time he had seen her body. He yearned to hold her and she came to sit beside him on her fur bed. A burning pain flared through his stomach. “It is as you said. Our triumph leads another to share my glory.”

Instead of looking mournful, she glowed more than ever. “And you will bring peace.”

She kissed his brow. “Such a strange term, us.”

He swallowed hard. “You are not the least bit jealous?”

She laughed and slapped his cheek. “Could you imagine such a selfish emotion within me? We have each other now,” she whispered.

He lingered as long as he could, experiencing the height of physical expression. It was as if their souls bonded together. When all was still, he lay in her arms. He remained the same warrior, but changed. He hoped for another future and wished to find a way. “Tell me of your family.”

She laughed and sighed with contentment. “Why now?”

He shrugged supporting himself on his elbow. “We always talk of me and my purpose. I know so little of you, not even of your parents.”

She looked up at his face with a tender smile. “My father is one of the Gods who took a human in a passion. Every being of the holy lands started as such. We are the link between existences.”

“A human?” Bronherrn leaned in, mouth wide. “Do you remember your mother?”

“Oh yes, she cared for me until the seasons had fully turned seven times and then I was claimed by the holy land at the request of the Gods.”

“My mother knew I would be happier where I could develop in my true form.”

“Where did she hail from?”

Aethelwyn bit her lip and looked away.

Bronherrn scooted closer and pressed his forehead to hers. “It is no matter.”

She sat up and drew her knees to her chest. “But it is. She was from the Zuthan lands.”

“Because I did not want you to allow your prejudices to get in the way. I am not a Zuthan or a Ultainian Bronherrn. My being belongs to no land.

He chewed the inside of his cheek allowing the silence to sit with them as if it were an unwelcome guest. Betrayal filled him with immeasurable surprise.

“You loved me as a Goddess. But you will not love me with Zuthan blood?” She turned away from him.

He stared at her spine. “Prillani is a Zuthan and I accepted her.” Her stroked Aethelwyn’s back. Prillani, his reprieve was ruined at the thought of his fiancé. A spark of hope flashed through his mind. “What if we were to have children?”

Aethelwyn laughed. “There was no conception this day.”

“We could try again.” He eyed her with vigor.

“Bronherrn, I am not to have your baby.”

“Why not?” He grasped her arms and pulled her close kissing her neck.

She squirmed under his playfulness. “Because it is forbidden.”

He loosened his hands, but she allowed him to continue his caresses. He nibbled her shoulders. “That never stopped you before. You fought with me on the battlefield using your powers against the will of your people.”

She sat up. “The mixing of God and mortal creates a complex life, one that has no place but between worlds.”

“Why for?” He straightened up beside her.

Her features darkened and she stared at the ground. “When a priest or priestess gives birth to a mortal child, they lose their ties to The Gods. They lose a piece of themselves.”

“What about your father?

“Being a true God, he has his place and I will not meet him until my life here is extinguished.”

“You never knew him?”

“Not in the sense that you knew your father.” She scowled at him, then relaxed her face. “But I do hear him speak to me sometimes.”

Aethelwyn blushed and held her lips together tight.

Bronherrn caressed her cheek. “I did not intend to pry.” Unsure of what to say, he asked, “None of your kind has ever mixed with humans?”

“Not successfully. Many die during labor as they become detached. Others have resented their young.”

“But they have tried?”

“Did it ever occur to you that my love for who I am is not overpowered by the place you have in my heart?”

“Please do not mistake my words. I have grown more attached to you than one of my kind should. It is not safe.”

He tried to imagine her life, worked to envision her struggles. It pained him to find that he could not understand such an existence. He kneeled before her. “Aethelwyn, I cannot make you want my simple life….”

She silenced him with a kiss. “I adore your kind. But you are not mine. Now, go. Be with your fiancé.”

He grunted. “I shall return when the time is right.”