We all love memes. They’re funny and a language all their own sometimes. I could converse with my fiancé all day just using memes. 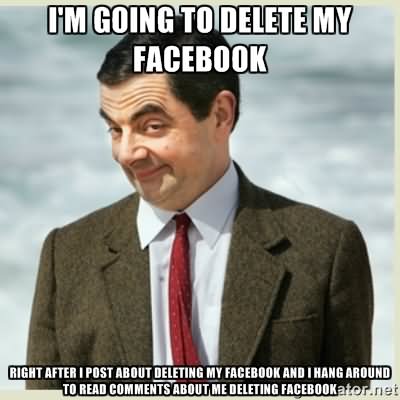 Not to be confused with narcissism, we all succumb to the idea “My voice is important and I should post about the REAL issues!” It comes and goes with me because I view most social media as a joke. 99% of everything I post is a joke, even if it’s true and I’m being serious, I’m laughing at myself as I post. Because there are so many people out there with varying degrees of similar or different opinions that we’re all just static in the grand scheme. That and the fact that the gov uses (and potentially manipulates) social media to monitor (and influence) us like children may explain why so many people act like children online.

“How dare he post that!” We’ve all been there. Some asshat posts something offensive or inappropriate and you feel it’s your duty to put them in their place. (I’m not easily offended and I still fall for this trap) In the age of technology everything becomes a hot-button issue to someone. Ex-The pineapple on pizza debacle (and yes, I believe in equal rights for ALL foods as pizza toppings haha)

No torches and pitchforks required; just some caps and exclamation marks and you’re ready. There’s nothing like having a friend call someone out for a shitty post and jumping on the, “Lets cyber-attack the asshole.” Flood their messages and their page with nasty responses, or even join a mass blocking mob. ~There’s nothing more satisfying than berating someone on the internet for exercising their right to free-speech on their on social media page~(I’ve been on both ends of this and most of you will before you die, or commit internet suicide and decide to say fuck the internet)

There will come a point when everyone is mobbing someone for stating what you consider a moderate opinion. You’ll step back and wonder “why the fuck is everyone going crazy?” Then you’ll start to question the times you took part in said internet mob activity and think, “Was what he posted really harmful?” Those questions will kick your ass. You’ll begin to question everything you see on the internet, and everyone you talk to online, because you’ll recognize the mob mentality spreading like Facebook got in bed with the wrong chick and caught crabs.

Tired of all the nonsense, you’ll go back to posting memes. Memes are silly. Memes are nice. Memes don’t call you a fuckwit for enjoying pineapple on pizza, or shout Nazi if you ask for a more credible source than The Enquirer.

Now that the angry mob phase has left your system and you are sick of people fighting, you trust no one and nothing. You may start finding truth in conspiracies; you fall down a hole and begin hopping about. And it feels great. Too great. Your head expands and you think you’ve stumbled upon the ultimate truth. You must educate everyone on how ignorant they’re being. You must save everyone from themselves.

You post something that you feel needs to be said. You know it may seem bitchy, but someone has to do it. Someone has to show everyone. It’s YOUR page, you should be able to post YOUR thoughts. But instead of listening or conversing about the whys and hows of your conclusion, they turn on you. You find yourself at the tail end of a mob and suddenly your inbox and page is full of hate. People block you all over, people you thought were actually your friends, people you thought were educated and understanding: people you believed to be enlightened enough to avoid mob mentality and really listen to what you’re saying. The ability to “agree to disagree” has left them completely and you see the worst in everyone.

Instead of hating the people who internet mobbed you, you feel bad for them. Still you have a life to live and it’s probably better without individuals who will turn on you for saying something they don’t like. My real friends and I don’t agree on everything, but we understand the true nature of friendship. It’s thick, thicker than internet fights. You start going through your friends list and removing anyone you don’t recognize (because honestly, they don’t give a shit about you and you really don’t care to leave yourself vulnerable for another mob attack – it’s just not worth it).

You go back to posting memes and enjoying life because the internet is not life. It’s a game. It’s a joke. Social media is a tool not a necessity, and as long as you don’t rely on it, you can keep your sanity. Unless of course, you continue the cycle and go back and restart everything at #1 (which is common for many of us) 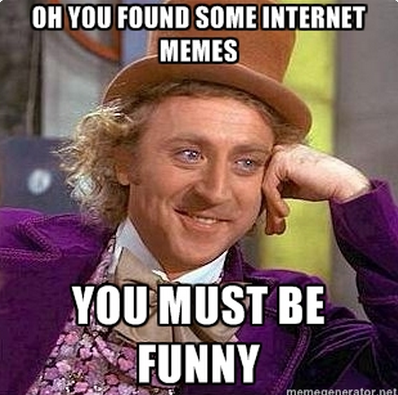